On a weekend which saw Gerwyn Price win his second European Tour title as he successfully defended the International Darts Open, beating Rob Cross 8-6 in Sunday’s final, in Riesa, ALEX MOSS picks out five talking points from the penultimate European Tour event of 2019…

1 – Fired-up Iceman ready to add to his major haul

It’s fair to say Gerwyn Price’s stock has risen considerably since he won the first of his now two International Darts Open titles in Riesa. The 34-year-old Welshman, now ranked seventh in the world, is well-established among the PDC’s elite and followed up his maiden win on the European Tour 12 months ago by winning the Grand Slam of Darts last November.

Price’s win against Gary Anderson in the Grand Slam final was marred by on-stage antics between the pair, which resulted in Price being hit with the biggest ever fine handed out by the DRA. A drawn-out appeal saw the fine reduced, but it did not stop Price becoming public enemy number one among a sizable portion of the crowd.

On the oche, Price has done his best to silence the boo boys, and it is noticeable how different the crowd reaction is to the Welsh number one now compared to the tournaments immediately after his Grand Slam success. This European Tour victory at the weekend, the second of his career and first in 2019, is an obvious confidence booster for him.

It’s a first stage title since that win at the Grand Slam almost a year ago, although he has impressed with back-to-back floor titles and runs to two TV semi-finals and fifth place in the Premier League this season. This win could be a springboard to perhaps a second major title before the year is out.

At the start of 2019, it was one of the biggest anomalies in darts. Rob Cross, the 2018 PDC world champion, and Daryl Gurney, a two-time major winner, had still yet to get their hands on a European Tour title.

Gurney, the 2017 World Grand Prix and 2018 Players Championship Finals champion, broke his duck by winning the German Darts Championship in March, beating Ricky Evans 8-6 in the final of the second European Tour event of the season.

Cross had come close again to his maiden European Tour success in the first tournament on the calendar, losing out 8-6 with a 100 average to his nemesis Michael van Gerwen in the final.

It was van Gerwen who had beaten Cross in all three of his European Tour finals, but on Sunday, with the world number one not in the field, the recent World Matchplay champion was presented with a new final foe.

Cross, who had dropped just two legs in three matches on his way to the semi-finals, where he squeezed past Peter Wright in a last-leg decider, made a promising start, with a 148 checkout helping him on the way to establishing leads of 4-2 and 5-3. Price rallied to win five of the next six legs to leave Cross to mull over another final defeat on the European Tour.

“I come to the long days and I can’t seem to get over that winning line,” Cross reflected afterwards. Nine of Cross’ 11 PDC titles have seen him win multiple games on the final day to lift the title, the other two were the 2018 PDC World Championship and the World Matchplay this summer.

The last of those nine titles won on busy final days was back in Brisbane in August last year. Sunday’s defeat in Riesa was the fifth consecutive final he has lost in tournaments where more than one round is played on the final day.

3 – Another step forward for Durrant 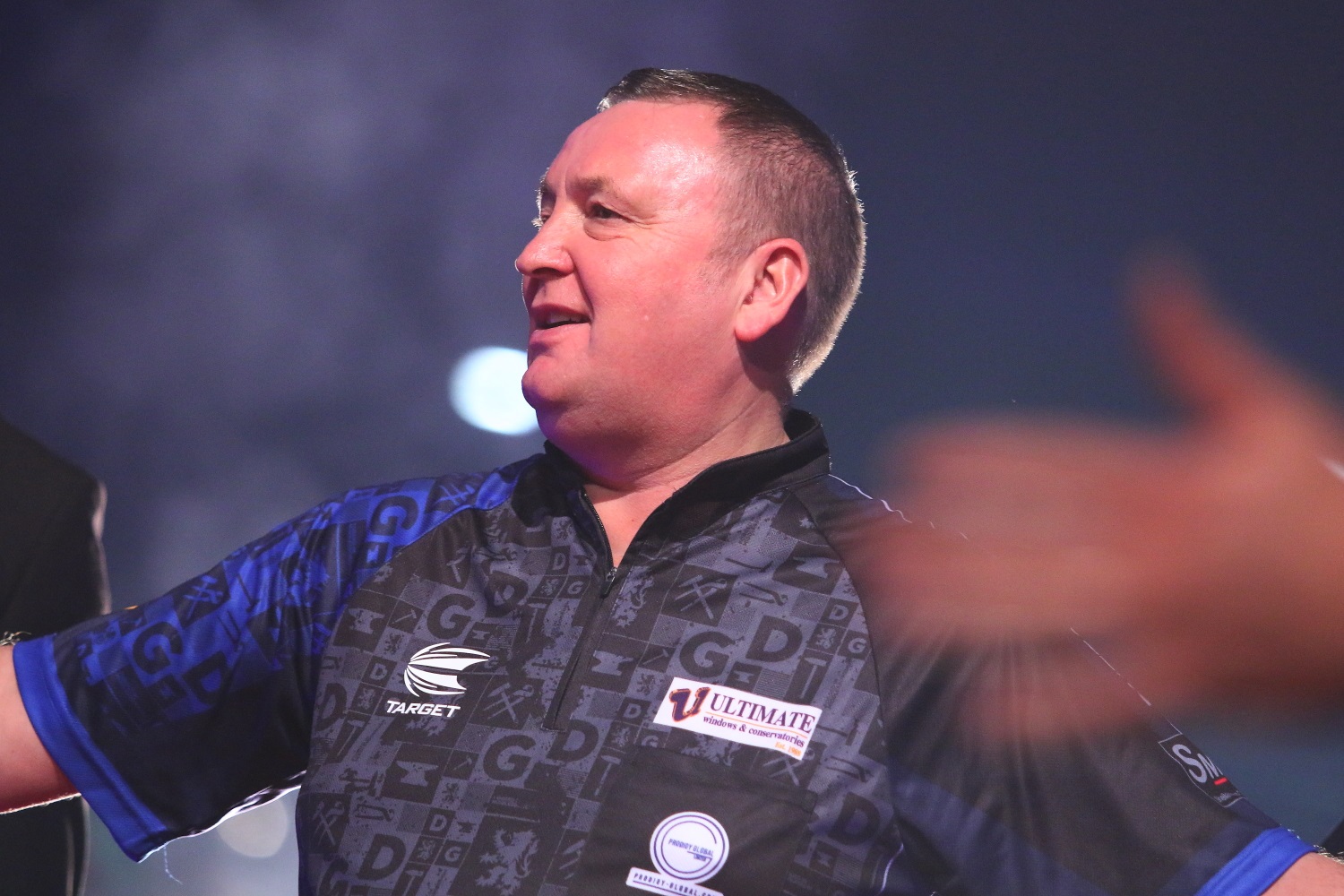 Another weekend and another milestone ticked off for Glen Durrant in his first year on the PDC circuit. The three-time reigning BDO world champion enjoyed his best run to date on the European Tour, in Riesa, as he reached a first semi-final.

Durrant eulogises over the fine work my Weekly Dartscast co-host Burton DeWitt does with the various Order of Merits and qualifying races for different tournaments, and they make for very good reading for the former BDO world number one.

Burton’s tables have Durrant projected to be in the top 32 following the year-end PDC World Championship, while this past weekend’s run in Germany has propelled him into the top 40 on the PDC Order of Merit for the first time.

Durrant is assured of places in the World Grand Prix and European Championship next month, while his spot in the Grand Slam of Darts remains up in the air, as the BDO have yet to reveal how they will be allocating their eight picks for the event.

Regardless of whether Durrant gets the green light from the BDO for Wolverhampton, it is clear that he has settled in extremely well to life on the PDC circuit. The recent World Matchplay semi-finalist mentioned at the start of the year that he had a seven-year plan, surely more runs to semi-finals and finals on the stage will be fulfilled.

There was only one change to the provisional 32-player line-up for next month’s European Championship, following the International Darts Open, with John Henderson replacing Max Hopp in the field.

With Hopp having failed to qualify for Riesa, after losing out to Benito van de Pas in the final round of qualifying, it handed a chance for the likes of Henderson, Kyle Anderson and Justin Pipe to push themselves into contention.

Henderson was below-par as he averaged 79, his second lowest average of 2019, in a 6-4 win against Brett Claydon in the first round on Friday, but it was enough to see him move into 32nd spot on the European Tour Order of Merit, ahead of Hopp, now 33rd, by just £500.

Henderson, along with Anderson and Pipe, departed in Saturday’s last 32, and at the close of play in Riesa, 23 of the 32 spots for the European Championship next month have been secured. The final nine will be decided at the Gibraltar Darts Trophy later this month.

5 – Luggage issues a nuisance for the players

Passport? Check. Boarding pass? Check. Darts? Check. The usual number of 48 players made the trip to Riesa’s SACHSENarena this past weekend, but sadly for some of them, their darts did not.

Joe Cullen, fresh from winning his first European Tour title the previous weekend, had his preparations scuppered when his luggage did not arrive in Riesa with him, leading him to use a shirt and darts from the merchandise stand in the arena.

Jelle Klaasen and Luke Woodhouse had similar problems with their luggage, while spare a thought for Steve Beaton, who saw his second of two flights to Riesa cancelled and spent the best part of half a day on Friday travelling to get to the venue in time for his opening game on the Saturday.