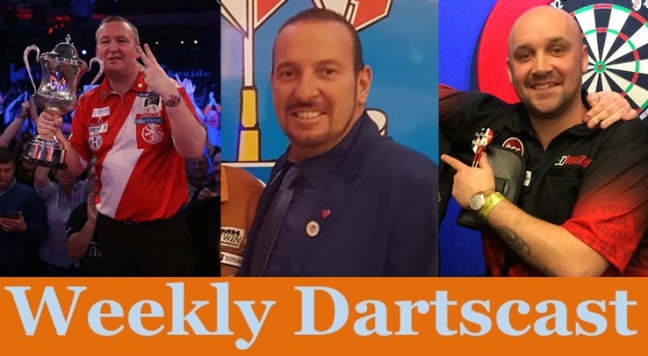 We’re back with episode 88 of the Weekly Dartscast!

The team start by looking back at Leighton Bennett’s impressive win at Lakeside in the BDO World Youth Championship final, before hearing from the champion himself.

We then discuss what we would like to see the BDO do in 2019, before we are joined by the organisation’s chairman Des Jacklin to discuss how he felt his first Lakeside in charge went and ask if the tournament will stay at the venue in 2020.

UK Q-School took place last week and we reflect on a busy four days of action in Wigan, discussing who most impressed and who of the players not to win tour cards could do a Krzysztof Ratajski this year.

We are also joined by two players who won tour cards last week. First up is Glen Durrant, the three-time world champion, and then Jamie Hughes, who stormed to a tour card on the first day after missing out on one 12 months ago.

The team finish up by answering some of your questions, including does Germany have too many Euro Tour events and should Lisa Ashton do the Challenge Tour again?

Listen to the show via the player above which will appear when the show goes live.

Subscribe to the Weekly Dartscast on iTunes (audio feed here), or listen to the show via your usual podcast app!