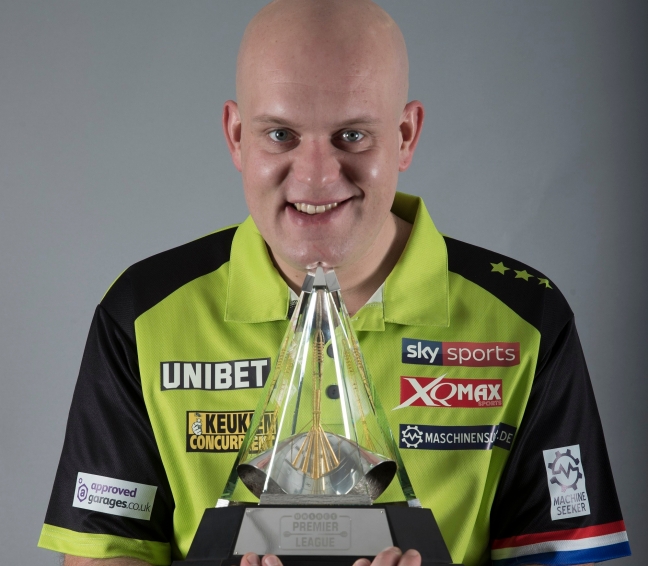 Michael van Gerwen says if he can cut out past mistakes he could finish top of the 2019 Unibet Premier League by an even larger margin.

The world number one, since making his debut in the tournament in 2013, has finished at the summit of the Premier League on each occasion, and has then gone on to win the title four times.

But while the now retired Phil Taylor, the only other player to top the round-robin phase of the Premier League, would boast gaps of seven, eight and, in 2010, ten, points on second place, van Gerwen’s top-place finishes have been much closer.

The Dutchman’s biggest margin over second place was four points in 2014, while in 2013, 2015 and 2017 it was just a solitary point. Last year van Gerwen edged out Michael Smith by three points to top spot before going on to retain the title for a third year in a row at The O2, in London.

“For the last six years I have shown I am the best player by finishing top of the league, which is something I am very proud of,” van Gerwen said.

“But there have been times when I’ve not been at my best, made mistakes and lost matches, so if I can cut out those losses then I could win it by even more which will be my aim.”

The newly-crowned three-time world champion opens up his latest Premier League campaign against Smith in Newcastle tonight, in a repeat of last year’s final as well as the decider at Alexandra Palace last month.

Listen to Episode 90 of the Weekly Dartscast podcast, with co-hosts Alex Moss and Burton DeWitt, for our Premier League preview and week one picks, as well as reviews of the Masters and Dutch Open via the player below