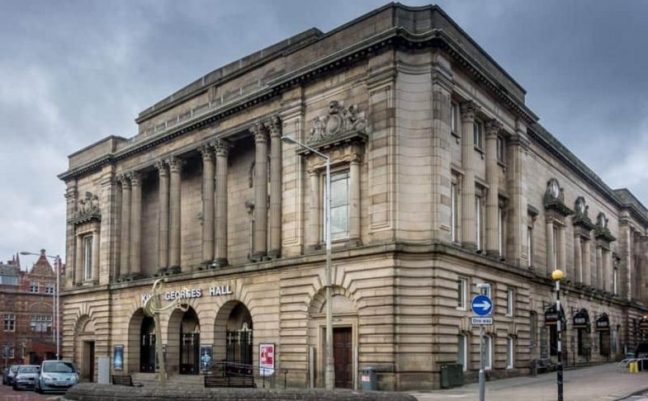 Who will win the final? Who will be the player to watch? Which seeds are most in danger of going out in the first round? A host of darts journalists, pundits and commentators tackle these and other questions on the eve of the 2019 BDO World Trophy. Part Two sees our experts cast their eye on the ladies competition…

Who will reach the final – and who will win it?

Faria Darting Index: Lisa Ashton will win against Anastasia in the final of the ladies event.

Oche Balboa: Suzuki to win, she is coming into good form. I think she’ll beat Dobromyslova in the final.

Andrew Sinclair: In the ladies field, it is very hard to look outside of the top half, which contains Lisa Ashton, Fallon Sherrock and Mikuru Suzuki, for a winner. Sherrock and Suzuki face off in the first round and in my view, the winner of that game will go on and win the whole competition. From the bottom half of the draw, I think Anastasia Dobromyslova is poised for a good run and should make the final.

Dan Hutchinson: In the ladies, I think Lisa Ashton will beat Laura Turner in the final. That’s mainly because Mikuru Sizuki has a potential route to the final of Fallon Sherrock, Aileen de Graaf and Lisa Ashton – a really tough draw!

Jetze Jan Idsardi: Lisa Ashton is the women to beat in the ladies competition I feel. She and Mikuru Suzuki have played some close matches this year already, and their potential semi-final will be really close as well. Ashton beat Suzuki over a longer format in Australia and that might give her the confidence to win this game. The bottom half is wide open. All 4 seeds could go on to the final, personally I hope Dobromyslova will do it.

Jacco Krook: The winner will be the one who gets through to the top half. I will say Sherrock on current form, however Ashton is a top player and Suzuki won Lakeside/World Championships for a reason. Dobromyslova will be the runner-up.

Who will be the player to watch?

Faria Darting Index: Laura Turner is my player to watch. She’s favourite to win her first round game against Paula Jacklin. I am very curious to see what she can do against Lorraine Winstanley, that is if they both win their first round games.

Andrew Sinclair: My tip for a ‘dark horse’ in the ladies draw is Surrey’s Laura Turner. She won her first ranking title last September and she’s gone from strength to strength in 2019, winning the Isle of Man Open in March and reaching several other finals. She opens her account against Paula Jacklin and I wouldn’t bet against her to win that and also perhaps beat Lorraine Winstanley in the quarters.

Dan Hutchinson: I think the player to look out for is Laura Turner. She’s avoided Ashton, Suzuki, Sherrock and de Graaf in her half of the draw and has shown glimpses of the potential she has this year.

Jetze Jan Idsardi: Lisa Ashton and Mikuru Suzuki are the obvious names here, but don’t forget about Lorraine Winstanley. She is the second seed and placed in the ‘easier’ half. After the World Championship final she went in the shadow of Ashton and Suzuki, this could be the moment to shine again.

Jacco Krook: I would say Turner, mostly because she is one of the few little known ladies but definitely in great form. But from the already qualified players most could do really damage.

How far will the top seeds go?

Chris Mason: Lisa could go all the way.

Faria Darting Index: Deta Hedman and Aileen de Graaf will lose their second matches to Anastasia and Mikuru respectively. Lorraine will reach the semi-finals but lose out to Anastasia. Lisa Ashton will win the event I feel.

Oche Balboa: Lisa will get to the semi-finals.

Andrew Sinclair: Had you asked me a month ago about the ladies competition, then I would have said Lisa Ashton might potentially be heading for an early exit. Now though, it’s a different prospect entirely. She showed some great form over in Australia at the start of the month and recently reached both finals in Sweden. I fancy her to reach at least the semi-finals, but Sherrock or Suzuki might have too much for the ‘Lancashire Rose’.

Dan Hutchinson: Top seed in the ladies, Ashton, is in the harder half of the draw with Suzuki, de Graaf and Sherrock but I think she’ll go all the way and win it and get rid of some of the demons from the World Championship!

Jetze Jan Idsardi: Lisa Ashton will win this tournament. She is still the best female darts player and will show that.

Jacco Krook: Ashton will play her final in the quarters where she will meet Sherrock or Suzuki. I expect the one who gets through of these three will win the event. Winstanley is a very decent player, but the top of the ladies is so close that she may lose early but might go to the final as well.

Which first round match are you most looking forward to?

Faria Darting Index: It has to be Fallon Sherrock facing Mikuru Suzuki. Two players who are capable to win the whole thing are squaring off first round. A shame one of them has to go home after having played only one match.

Oche Balboa: Suzuki vs Sherrock- world champ vs defending champ, should be a cracker.

Andrew Sinclair: When the draws first came out, the tie I was immediately drawn to was Sherrock against Suzuki. The two have met twice this year, with reigning World Trophy champion Sherrock beating her Japanese opponent 4-1 in the Denmark Open final and Suzuki levelling things up with a 4-3 quarter-final win on route to winning the Swedish Open. I think both ladies are tremendous talents and the match should be of a very high standard.

Dan Hutchinson: Fallon Sherrock vs Mikuru Suzuki is easily the pick of the ladies first round draw for me. They are both in the top three players in the world in my opinion, and the game could go either way. Deta Hedman vs Maria O’Brien could also be a close game.

Jetze Jan Idsardi: Just like the men’s, there is a big match pointing out: Fallon Sherrock vs Mikuru Suzuki. Also known as the reigning World Trophy winner vs the world champion. Sherrock has won three titles this year, but for someone with her talent I think that is way too few. For me, she has the potential to win a PDC tour card in the future, but she has still a long way to go. Will she kick on from here? I’m afraid she won’t, a Suzuki win for me.

Jacco Krook: Sherrock vs Suzuki, this could have been the final. However the winner of this will have a threat in Ashton on the way to the final as well.

Which seeds are most in danger of going out in the first round?

Faria Darting Index: I think Suzuki has to be the favourite in the game against Sherrock. Fallon really had a stinker of a draw. I mean how often does a seed draw a reigning world champion in the first round of a major TV tournament?

Andrew Sinclair: Fallon Sherrock, purely because she opens her tournament against Mikuru Suzuki. Lorraine Winstanley is playing a qualifier so should, by rights, be favourite, but she hasn’t had a tremendous year by her standards and could be beaten by a form name that comes through on the Thursday. The other one that stands out is Trina Gulliver. The 10-time world champion is still a great player but Casey Gallagher has big stage experience, is improving all the time and is playing the better darts right now.

Dan Hutchinson: Trina Gulliver and Deta Hedman may find it tough against Casey Gallagher and Maria O’Brien in the ladies. Of course, Suzuki will probably go in as favourite against Sherrock but I think that could go either way.

Jetze Jan Idsardi: Next to Fallon Sherrock, Trina Gulliver and Deta Hedman have it all to do in their games. Gulliver faces Casey Gallagher, who I really rate as an up and coming player. She showed what she can at the Worlds. Hedman plays Maria O’Brien, who had a great 2018. She hasn’t reached the seeds yet, but that will only be a matter of time.

Jacco Krook: The top of the ladies is so close that most of the seeds may drop, but can’t say one of them is in danger. If I have to pick one I will say Sherrock or Dobromyslova but that is mostly because of they have the best opponents.