Michael van Gerwen ended his trophy-less run in the PDC by winning the Melbourne Darts Masters on Saturday.

The world number one had gone seven tournaments without a victory – his longest run for more than five years – but brought that streak to a halt as he beat Daryl Gurney 8-3 in the final at Melbourne Arena.

It takes the Dutchman’s record tally of World Series titles up to 13, with this success being his second in Australia and first on the continent since 2016.

World number three Gurney, who had beaten van Gerwen in four of their last five televised meetings, was bidding for his maiden World Series title and battled back from behind to draw level at 3-3, before his opponent rattled off five straight legs to run out an 8-3 winner.

“It is good to be back and winning titles again. People have been talking a little bit because they are used to seeing me win all the time,” van Gerwen said.

“Form is temporary and class is permanent, nobody should doubt my talent,” said a buoyant Van Gerwen after his win.

“To beat Gary Anderson, Peter Wright and then Daryl in the final it shows that I am still the man to beat and I want to make it two out of three when we go to Hamilton next week.” 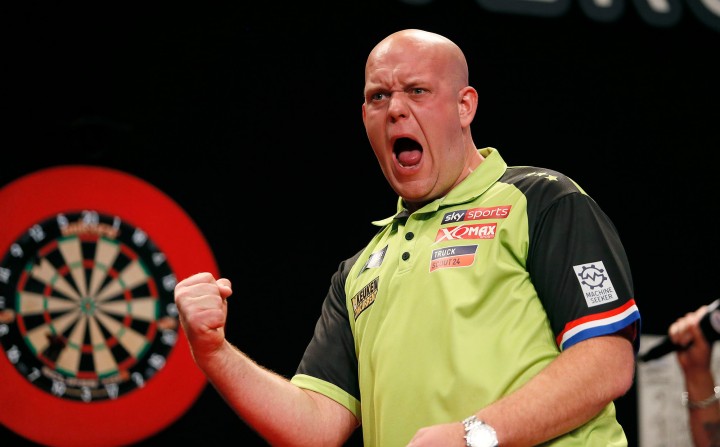 The final day of play in Melbourne saw van Gerwen edge past Gary Anderson 8-6 in the quarter-finals, in what was the first meeting between the two since the World Championship semi-finals last December.

The reigning world champion posted a 100+ average in that victory, his first average in three figures for 15 matches, and he followed that up with an 8-0 whitewash over Peter Wright.

“I had my chances and if I had managed to hit my doubles I might have been able to win tonight,” Gurney said.

“I’m playing well and giving myself good opportunities so to make it to another final shows I am still competing at the highest level.

“There are a lot of big events coming up in the rest of the year and I hope to be lifting at least one of the big ones.”