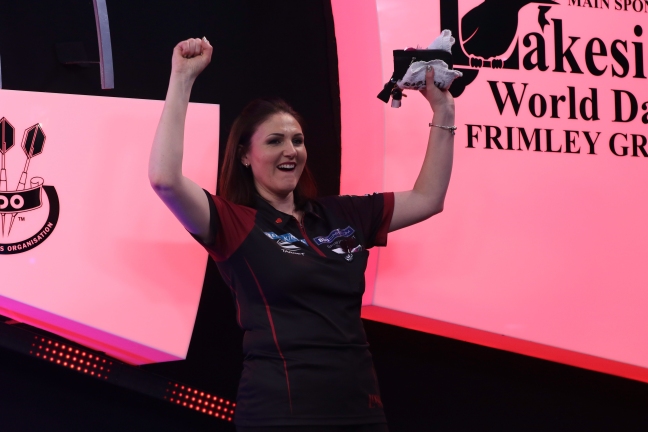 The prize fund for the BDO World Championship ladies’ event is to rise from £29,000 to £54,000 next year, the organisation’s chairman Des Jacklin has told the Weekly Dartscast.

The BDO chairman was a special guest on our latest podcast, released this morning, and discussed the decision, announced late last week, to move the World Championship away from the Lakeside and to the Indigo at the O2 in January 2020, as well as if there will be any changes to the tournament.

Jacklin confirmed that the ladies’ prize fund will receive its biggest ever financial boost, with an extra £25,000 added to the pot, and will see the winner pocket a record £20,000.

Listen to the full interview with BDO chairman Des Jacklin via the player below!

“So we’ll be going from £29,000 to £54,000 for the ladies. The way that will be broken down is the first round, second round (quarter-finals), semi-finals and runner-up, the prize money will all double.

With the growing standard in the ladies’ game, there has been calls for the format of the event, which is best of three sets for every round up until the final, which is played over the best of five sets, to be increased. Jacklin is hopeful that will happen in 2020.

“I certainly hope so,” he said. “It’ll be something I’m pushing for. I think the ladies’ format increasing would be the correct thing to do.

“It’s not just our decision. It’s down to the scheduling, but I think it is most likely that the schedule will allow us to increase how long we see the ladies play for.”