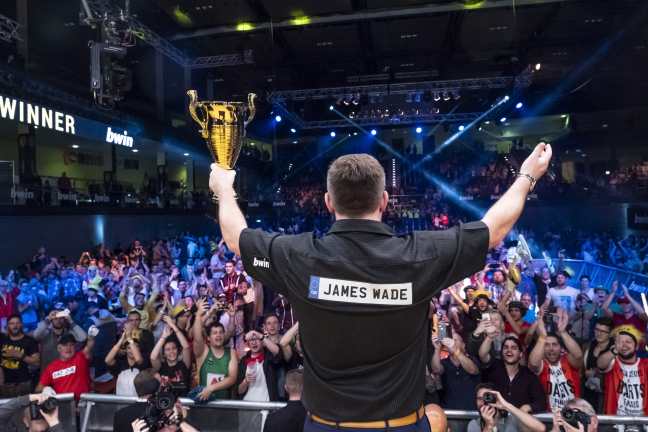 In the third part of a series looking ahead to the 2018 bwin Grand Slam of Darts, ALEX MOSS previews Group C… 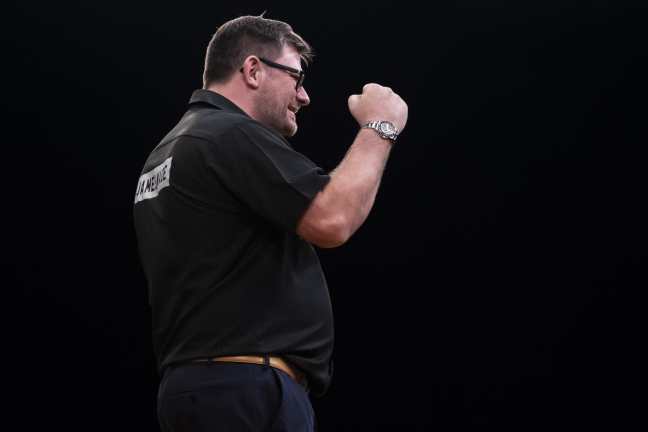 A fortnight ago James Wade had not even qualified for the Grand Slam. Fast forward to the eve of the tournament and Wade comes to Wolverhampton as the fifth seed and as the winner of the most recent two TV events.

Heading into the European Championship two weeks ago, Wade’s last TV ranking success was the 2011 UK Open and his last success of any sorts in front of the cameras was the 2014 Masters.

The world number six has picked up both the European Championship and World Series of Darts Finals titles on the last two weekends and will go into the Grand Slam arguably as the in-form player.

He will admit that he has had some luck on the way to both those recent triumphs. In Dortmund, he survived match darts in the quarter-finals and semi-finals, while in Vienna last weekend Michael Smith missed five match darts in the final.

Wade’s World Championship credentials have been strengthened with his upturn in form over the last two weeks, but perhaps it will be how he performs in the Grand Slam, a week-long event, which will give us a greater indication on how he will fare at Ally Pally next month.

Keegan Brown has been the master of the qualifiers in recent weeks, as he followed up his success in the World Series of Darts Finals Qualifier by claiming one of the eight places up for grabs in Monday’s Grand Slam Qualifier.

It was here in Wolverhampton four years ago that the former world youth champion announced himself on the world stage, knocking out Raymond van Barneveld on his way to a maiden major quarter-final.

His 15 appearances in televised events since have not yielded another run to a last eight, but there is a sense that Brown is starting to recapture that form from 2014 after a barren couple of years.

In 2016, Brown qualified for just one major, while last year that tally only increased to three, but the Grand Slam this weekend will be Brown’s fifth TV tournament of the season.

He also has a win over the seed in the group, James Wade, at the World Championship last year, and will fear no one in the group.

It is a long overdue return to the big stage for Mark Webster this weekend, with many darts fans now more accustomed to his prowess off the oche in the commentary box and as a pundit.

While Webster has impressed off the oche, his performances at the board have not been to the standard he has reached before, with a semi-final and a quarter-final on the floor the only bright spots from a barren season.

A deciding leg win over Jeffrey de Zwaan, one of the star performers in 2018, secured the Welshman’s spot in a 10th Grand Slam in 12 years.

One of those two years Webster did not make the line up in Wolverhampton was in 2016, so a good run here could arrest his slide down the rankings. 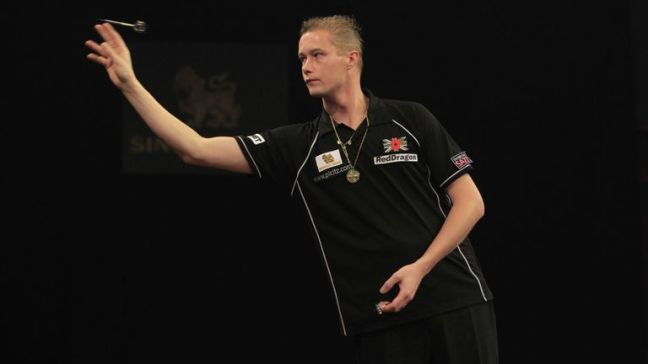 Wesley Harms is back among the BDO contingent competing in the Grand Slam this year, four years after his last appearance in 2014.

The Dutchman has quietly gone about his business to climb up to a current fourth in the BDO rankings, with his success coming away from the big events. He went out early in the World Championship, World Trophy and World Masters.

Harms has been an event winner in the BDO every year since 2011, but the last 12 months has probably been his most successful with three tournament wins, the most recent being the England Classic in September.

A two-time Lakeside semi-finalist, in successive years in 2012 and 2013, Harms will now hope his victories away from the cameras can now translate to the big stage once again this weekend.

Don’t miss this week’s podcast for an exclusive interview with Gary Robson. Co-hosts Alex Moss and Burton DeWitt are also joined by Josh Payne and give their preview for the Grand Slam.