In the first of a series looking ahead to the 2018 bwin Grand Slam of Darts, ALEX MOSS previews Group A… 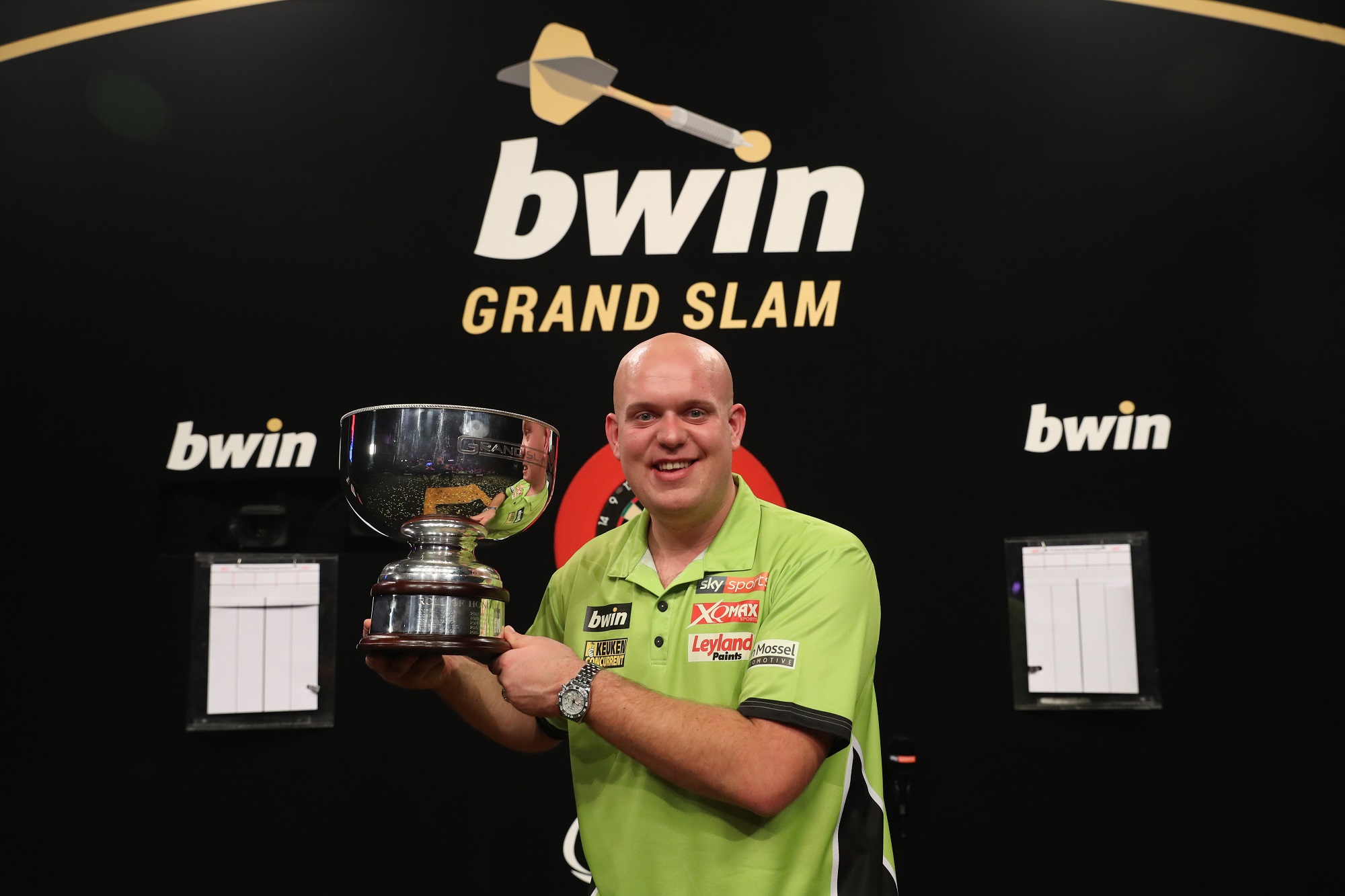 Such has been the level of dominance the Dutchman has enjoyed on the PDC tour in the last four years, that despite winning 19 tournaments in 2018, there are question marks hanging over MVG.

Van Gerwen has won his last 19 group games in the Grand Slam, his last defeat in the opening round coming to Mark Walsh back in 2011, and he has been given a group which you would expect him to come through and finish top of.

After failed title defences in the European Championship and World Series of Darts Finals in the last two weeks, van Gerwen will be desperate to complete a successful defence of his Grand Slam crown and once again outline himself as the best in the world. 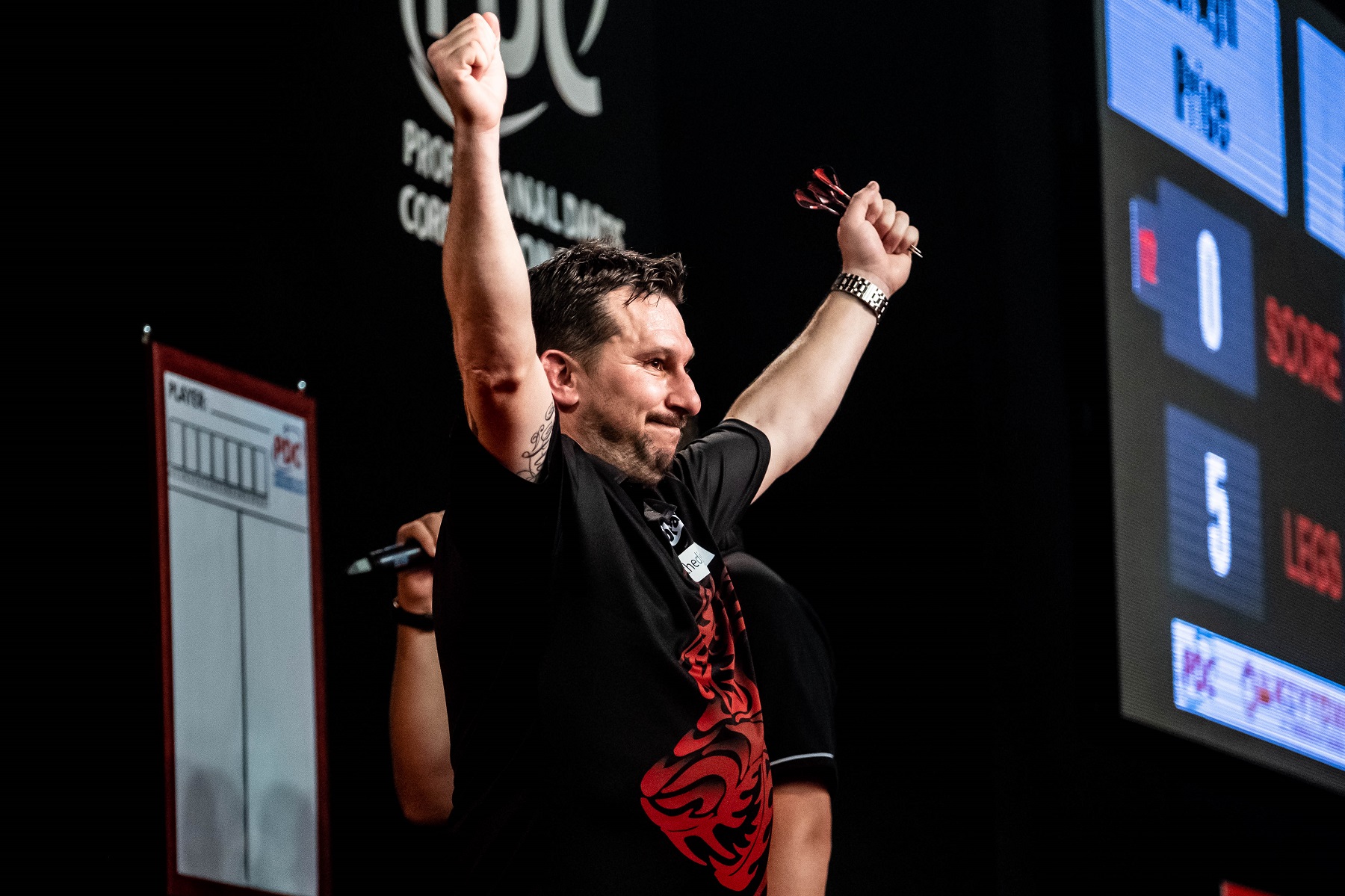 Three years since his debut, Jonny Clayton is back in the field for the Grand Slam, and he returns to Wolverhampton as a much better player than he was back in 2015.

The Welshman won his first PDC title last year with a victory in a Players Championship, and followed that up with a maiden European Tour title in Austria back in April.

In-between those two successes, Clayton reached a first TV final in the Players Championship Finals at the end of 2017, and the draw has handed him a rematch of that final in Minehead against van Gerwen.

2018 has been Clayton’s busiest year in front of the cameras, although he has suffered first-round exits in the World Matchplay, World Grand Prix and European Championship.

With van Gerwen in his group, the general thinking is that Clayton will be battling with the other two players for the runners-up spot. If he can find the form that got him to that Euro Tour success and a run of four consecutive quarter-finals between May and June, Clayton should be the favourite to progress with the world number one. 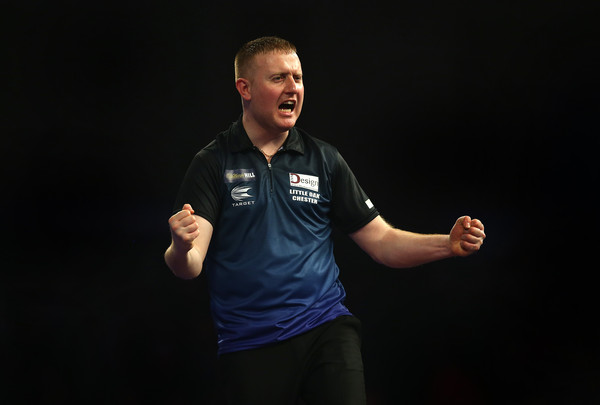 Among the eight players to come through Monday’s PDC Qualifier, Joe Murnan was perhaps the most surprising.

The 35-year-old has had a tough year on the PDC tour, with his best run being to a last 32 of a Players Championship in April.

Other than that, Murnan’s 2018 has been littered with last 128 and last 64 exits, as well as no appearances on the European Tour.

Could that be the spark which puts Murnan on his way to a profitable final two months of the season? If he is to save his tour card, a run in Wolverhampton is imperative. 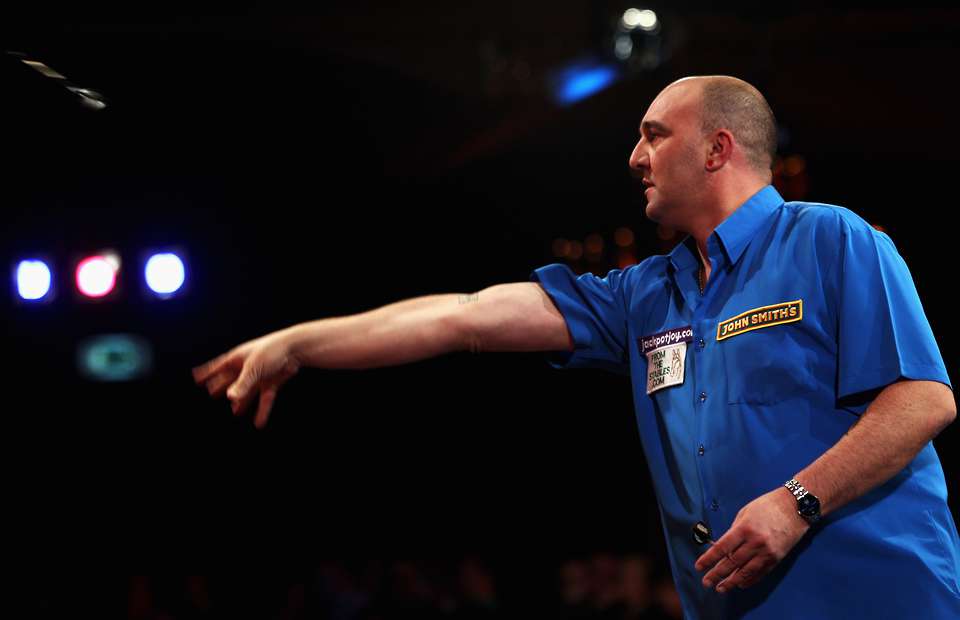 It is hard to believe that in this, the 12th staging of the cross-code Grand Slam, will be Gary Robson’s first appearance in Wolverhampton.

The 51-year-old, a three-time Lakeside quarter-finalist, makes his bow on the Wolverhampton stage and he could not have asked for a tougher first game, being drawn against van Gerwen.

Robson does have a victory over van Gerwen on the big stage, back in 2007 in the first round at Lakeside, but MVG is a much more difficult prospect to face now.

The group stage format means that all is not lost if you lose your first game, but a heavy defeat could leave you struggling to get through the group if it comes down to leg difference.

Getting the game against van Gerwen out of the way first could work in Robson’s favour when it comes down to the final round of group games, and he will be up for making up for lost time in this event.

Don’t miss this week’s podcast for an exclusive interview with Gary Robson. Co-hosts Alex Moss and Burton DeWitt are also joined by Josh Payne and give their preview for the Grand Slam.